I team up with Mania Productions to create a music video for Mike GLC.

The animation is exclusively made of printmakings made by Yasmine Dainelli, mobile phone videos, lo-fi YouTube elements, analogue glitches. Animation and effects by Ritzyanimation.

Here some frames made during the animation project.

The animation premiered on 20th July at a launch event held at the Bernie Grant Arts Centre in Tottenham, London by Mania Production and Art Council of England.

Mike GLC was there to perform some of his latest spoken word poems against a backdrop of live projected paintings created by Yasmine Dainelli.

FR33DOM RD echoes the street sign that leads to Broadwater Farm, the estate which was the
centre of the riots of 1985 – and in close proximity to the ones of 2011.

“In this event , we experience Tottenham’s distinctive character, past and present, through handmade prints by Yasmine Dainelli, along with an animated short film directed by Maria Pia Fanigliulo for legendary Tottenham rapper Mike GLC’s track, Exodus. “ 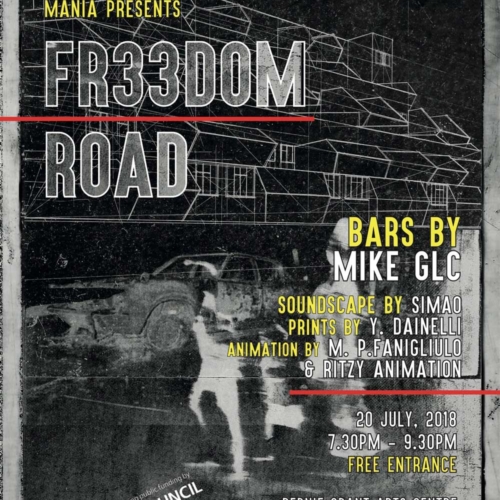 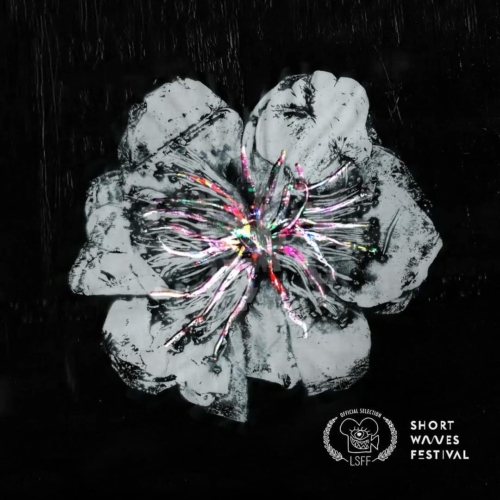 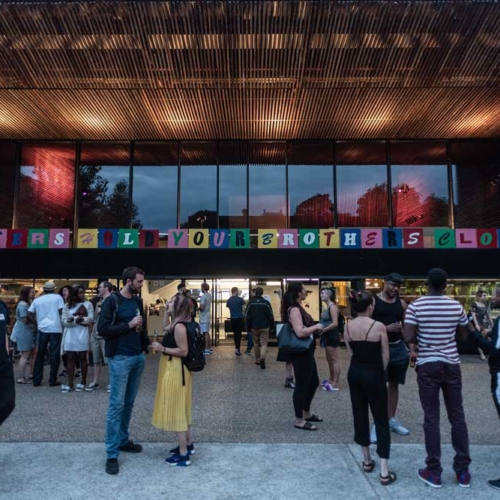 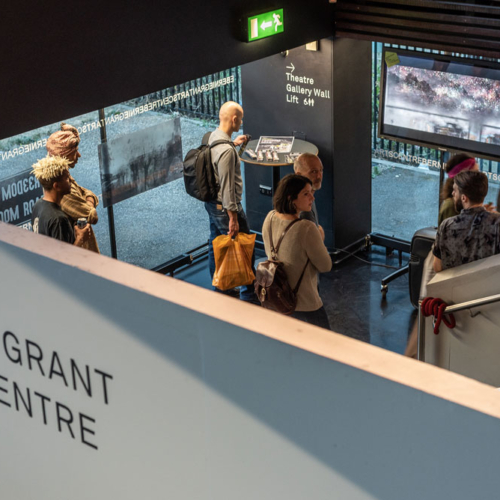 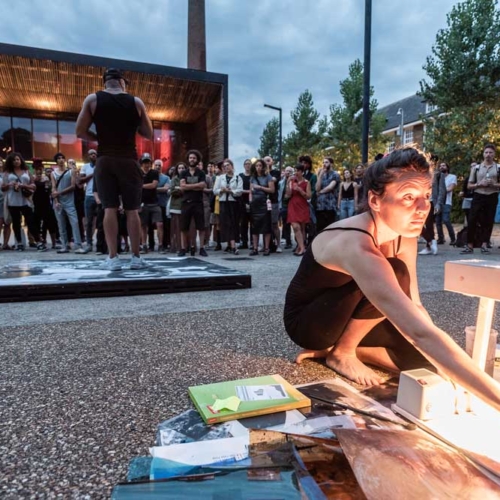 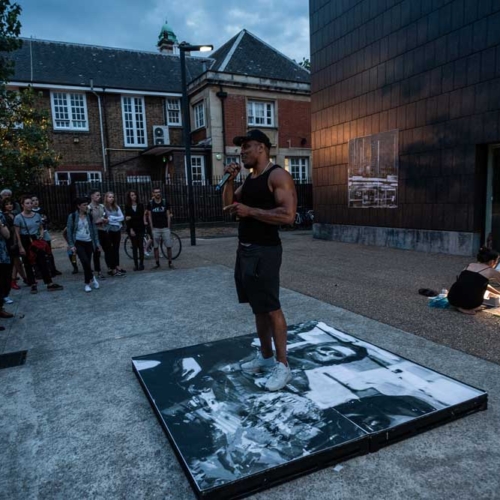 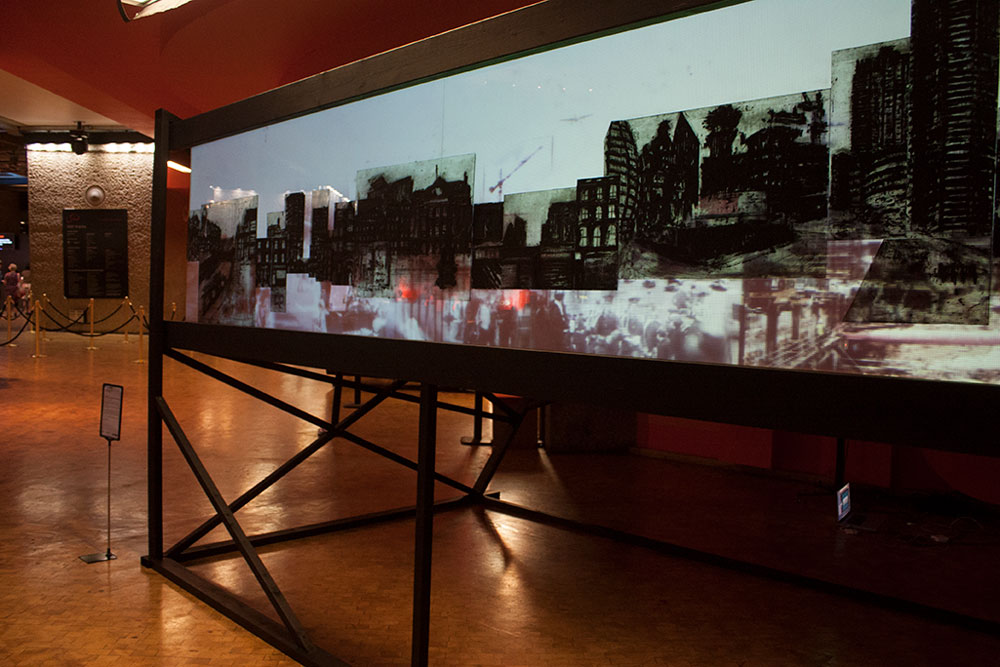 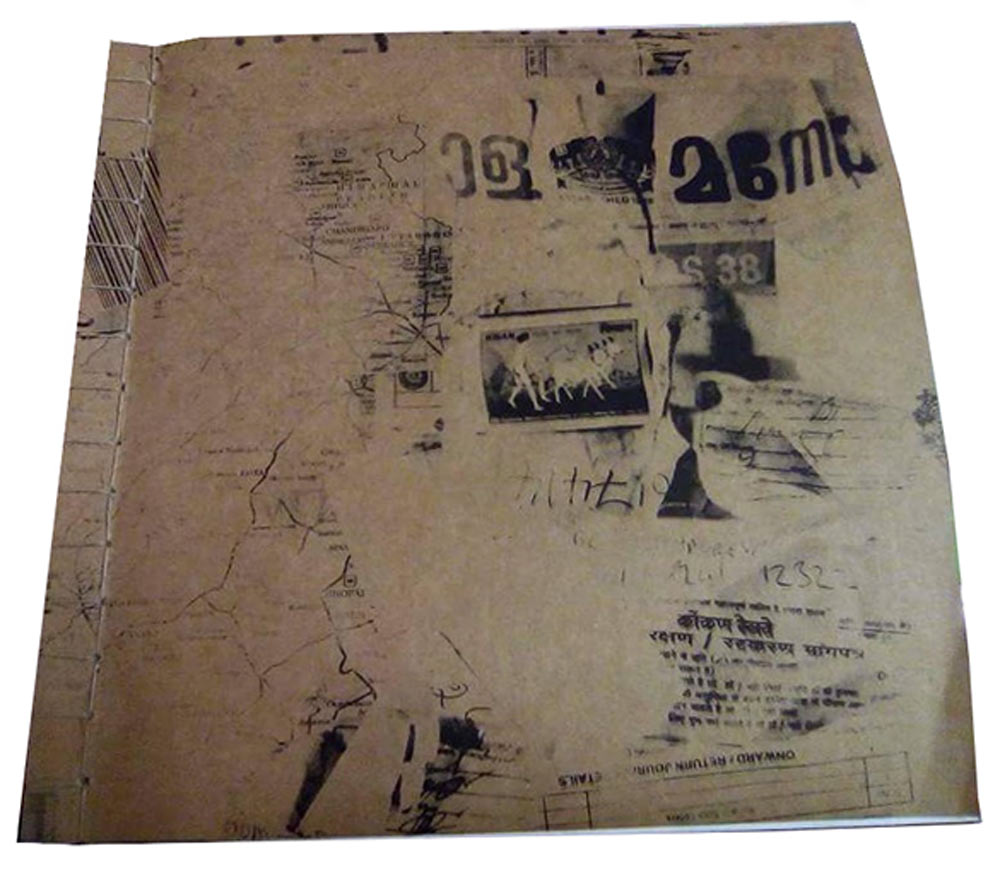 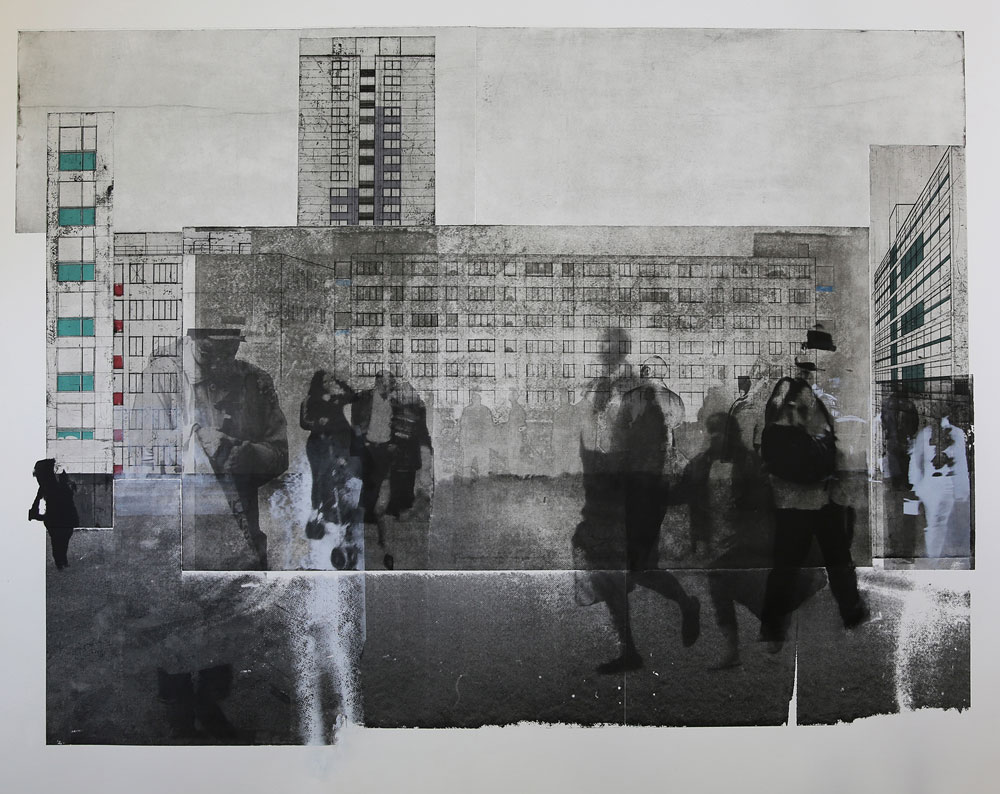